So, your pet is not acting like themselves. They are sleeping a little bit more or not as hungry as usual. What’s going on? These are symptoms that can also go unnoticed if you are not paying attention closely. A couple of years ago on a Saturday morning I noticed my cat Dusty was not acting like herself. She seemed to be sleeping more than usual and also had been suffering from hairballs more frequently.

And then one evening a few weeks later Dusty began meowing and jumped on my bed as I watched TV. She wanted to be heard. I began to pet her head and give her scratching behind her ears and then kept watching TV. Nope Dusty began again but this time climbed on top on me. Again, I petted her and scratched behind her ears and as she leaned in to my hands I felt a bump under her jaw. “What is that?” I said out loud. Dusty gave me a look of relieve as if to say “Finally, I’ve been trying to tell you something is there that I ‘m not used to”.

Fast forward to visiting the veterinarian and getting initial blood work done, the results pointed to cancer. My heart sank. It was the phone call that changed my life.  “I’m sorry but we believe the asper we took is cancerous.” I won’t forget those words from my veterinarian.

Going through the experience of Dusty’s passing in 2015 was heart wrenching and also a life lesson. In today’s post I’m not going to dwell on Dusty’s final day on Earth, however I do want to share 9 strange behaviors my cat displayed while terminally ill in an effort to help inform other pet parents what you may possibly encounter if you have a pet with terminal illness. Sometimes it helps to know what to expect and know you are not alone in this journey so you can better prepare and comfort your pet.

One of the things that I noticed that was very subtle at first was Dusty seemed to nap more often and for longer periods of time. She was quite the peppy cat always wanted to hangout in the window sill or check on you to see what you were up to while watching TV or on the laptop. However before finding out she was terminally ill I noticed her sleeping patterns change slightly. I assumed it was due to age, since she was approaching 14 years old. Although that may have been true, I discovered it was more to it than that.

The second thing I noticed after Dusty’s diagnosis was that her appetite began to decrease a lot. She just was not interested in eating as much. She was always really good about nibbling throughout the day to maintain her little figure however being terminally ill her interest in food began to wane as well as drinking plenty of water. When I had taken her to the vet, she had to be given an injection of vitamins B12 and fluids to keep her hydration up. This leads me to the third symptom.

Dusty was always a petite Siamese & Calico mix kitty. Her weight was always around 7-8 pounds. I swear a pound of her weight alone was all fur but I digress. As her appetite waned her weight began to drop. I would take her every other week to the veterinarian to get blood work evaluations and her weight began the drop with each visit. At her lowest adult weight, she weighed just under 5.5 pounds. It was at that point I had to get her on a special veterinarian high calorie canned food as well as steroid medication to help stimulate her appetite and help her blood count numbers. After several days her weight did start to creep back up. So that appeared to be a positive sign (or so I thought).

As Dusty’s condition grew a lot worse her number of symptoms increased as well.

The last couple of weeks before Dusty made her final transition, I would find her after coming home from work in the same spot I left her – on her favorite kitty condo. Her energy to play with toys using catnip as a stimulant just wasn’t working like it used too. She seemed to conserve her energy only for important things like greeting me when I came home, nibbling on food and using the bathroom when she was able. This leads me to the next symptom.

As Dusty’s illness progressed and despite her efforts to fight, her little body was losing the battle. In the last days before she passed I would come home to greet Dusty and although she mustered up the strength to greet me, when I picked her up her bottom and hind legs were wet. She had now had difficulty going inside her litter box.  So, I had to clean her up with a bath and give her a good combing so she felt a little more like herself again.

Along with issues with the litter box, I noticed Dusty’s fur looked more unkept. We as animal lovers know cats are used to grooming and licking themselves “clean”. However as Dusty grew weaker, she didn’t have the strength and energy to take care of herself as she used too.

Another sign I happened to notice a little more often would be Dusty purring when I would not anticipate it. This is often a sign when cats are sick and/or in pain, not necessarily with just terminal illness.

One of the most unusual symptoms I can recall was in the odd behavior she exuded in her last days. What do I mean? For example, Dusty was normally a very social kitty with my husband and I in the house. She liked to hangout and watch WWE on TV sandwiched between us every week on the sofa. With being terminally ill she no longer did that. She would hide in small spaces and I would have to coax her out. Or she would jump up right in front of our flat screen on the table and lay directly in front of it as if to get additional heat or something.

One of the strangest last memories I had of Dusty was just 2 or 3 days before we had to put her down. I woke up to feed her breakfast, she followed very slowly behind me and headed for her kitty condo instead of the kitchen. I thought, “that’ s okay I’ll bring the food to her.” As I was just about to open the canned food I heard a “MEOW!” from behind me. It down right startled me to death! “ OMG. What are you doing pumpkin! You scared mommy! I would have brought you the food.” I scooped her up right away but she became immediately fidgety and wanted down. It was a memorable moment but odd at the same time. Not like her.

If you have ever wondered, “How will I know it’s time?” this for me was how I knew time was up. Our pets are family and they are very strong and smart. However, they are not invincible and immortal. The last and final sign I knew cancer took hold was when Dusty began to have labored breathing. When I say labored breathing, you can compare it to a person having a bad head cold and flu with congestion so bad you breathe through your mouth. That’s how I knew time’s up. It was just less than 36 hours Dusty let us know it was time to say farewell.

Saying farewell was the worst day of my life but also an end to Dusty’s suffering. And only for that I was grateful. Taking time to reflect and remember my experience, I recognized all these strange behaviors up until her passing. Although, she experienced these symptoms, it was important to me that Dusty had quality of life and remained a happy cat surrounded by lots of love. I’m convinced that because Dusty had lots of love in the home she was blessed with more time with us than the veterinarian estimated. As a cat mom, knowing she was getting very uncomfortable and harder for her to breathe, I knew it was the right call not to see my baby suffer one more day.

I hope that this post helps to educate you on the potential symptoms you may experience if your pet is terminally ill or sick. Your pet may show some or all of these symptoms, but regardless just know each person’s experience is unique. I hope sharing this information helps to either 1) Validate your existing experience or 2) if you are dealing with a terminally ill pet, you can be better prepared in caring for them and making them comfortable as best you can.

Have you experienced any of these signs with your pet before? Are there any other signs not on this list? Comment and share your experience below.

Learn more about me! 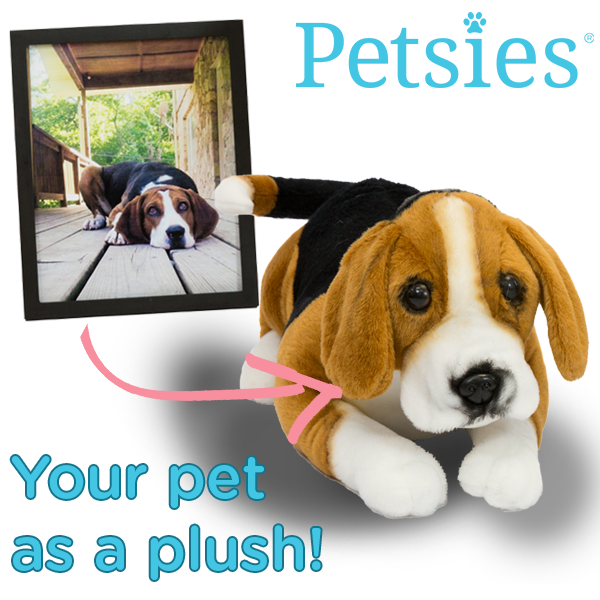 “Impurrfectlife.com a participant in the Amazon Services LLC Associates Program, an affiliate advertising program designed to provide a means for us to earn fees by linking to Amazon.com and affiliated sites.”

This website uses cookies to improve your experience while you navigate through the website. Out of these, the cookies that are categorized as necessary are stored on your browser as they are essential for the working of basic functionalities of the website. We also use third-party cookies that help us analyze and understand how you use this website. These cookies will be stored in your browser only with your consent. You also have the option to opt-out of these cookies. But opting out of some of these cookies may affect your browsing experience.
Necessary Always Enabled
Necessary cookies are absolutely essential for the website to function properly. This category only includes cookies that ensures basic functionalities and security features of the website. These cookies do not store any personal information.
Non-necessary
Any cookies that may not be particularly necessary for the website to function and is used specifically to collect user personal data via analytics, ads, other embedded contents are termed as non-necessary cookies. It is mandatory to procure user consent prior to running these cookies on your website.
SAVE & ACCEPT